Some students at Great Neck North High School on Long Island said they asked a college student to take an SAT test for them. 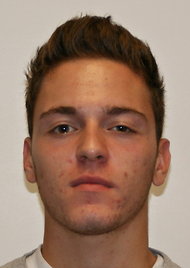 Ms. Rice brought criminal charges against Mr. Eshaghoff and misdemeanor charges against six current and former Great Neck North students who said Mr. Eshaghoff took the test for them. Five of the six said they paid him a fee of up to $2,500. Mr. Eshaghoff has pleaded not guilty. She said she was investigating two other schools and various other test takers. She said the cheating problem was widespread, a sentiment echoed by school administrators and superintendents.

"As tests have become higher-stakes tests, as the competition between kids for scholarships and college entrance has increased, the likelihood of kids looking for ways to beat the system - to cheat - has increased," said Henry Grishman, superintendent of Jericho Public Schools on Long Island, which has 3,200 students.

School officials say the testing system has many flaws, most notably the fact that there are no consequences for cheaters. When the Educational Testing Service, the company that administers the test, detects irregularities, it simply notifies the affected students that their scores are being withdrawn.

Neither colleges nor high schools are ever alerted that cheating was suspected. Tom Ewing, an Educational Testing Service spokesman, said that confidentiality laws meant to protect minors prevented his company from disclosing that information. Of 2.25 million SATs taken every year, about 1,000 scores are withdrawn for misbehavior, 99 percent of which are for copying, he said.

Four of the students who said Mr. Eshaghoff took the test for them are in college now; the colleges have not been notified by the testing service of their statements, Ms. Rice said. The other two students are in high school. It is not known whether the school district plans to take action against them.

School officials and SAT tutors said security at the test, to be administered nationally on Saturday, could be improved: students could be required to take the test at their own school, and the Educational Testing Service could alert schools about test-takers coming from other districts.

Students register for the SAT online and typically take it at their own school or one nearby. Geoff Gordon, the superintendent of Port Washington schools, said he asked students in his district to take the test there to ensure better supervision. If they register elsewhere, they are asked to tell a guidance counselor. But that system is hardly airtight, he conceded: students are free to take the test at whichever site they wish.

Mr. Gordon said more information from the testing service would make it easier to track students. "I like checks and balances," he said. "If E.T.S. would send out the list ahead of time, it would be very helpful."

Jody Steinglass, who founded Empire Edge, a tutoring company based in Manhattan, said he took the SAT every year to keep up with changes. Mr. Steinglass, 34, said that while proctors sometimes noticed that he was older than the typical test-taker, he had never been challenged.

Requiring students to take the test at their own school is a good idea for several reasons, he said. "They will feel more comfortable being somewhere they recognize, being around kids they recognize and teachers they know," he said. "And I believe fraud would be reduced tremendously."

Ms. Rice, the district attorney, said Great Neck North administrators started hearing rumors about students' cheating in February. The school compiled a list of students who took the test outside the district, then compared SAT scores with grade-point averages. Six students had B to B-minus grades and SAT scores in the 97th percentile, raising suspicion. A handwriting analysis by E.T.S. determined that one student had taken all six tests.

The district attorney's office believes the ruse started in November 2009. Prosecutors say Mr. Eshaghoff took the tests using a borrowed driver's license and five fake school ID cards, including one for a girl. She was the only one of the six not to pay Mr. Eshaghoff, and the prosecutor's office said the two had a "romantic relationship."

The scores for Mr. Eshaghoff ranged from 2,170 to 2,220, out of a total of 2,400. His lawyer, Matin Emouna, said the matter should have been handled by the school and not in the courts.

On Wednesday, several students at Great Neck North said they had heard rumors of cheating. "It sort of happens everywhere," one student, a junior, said. "You just know." Another junior said the charges could have an effect on other students. "Even the kids who are just straight-cut, now their grades will be taken with a grain of salt," he said