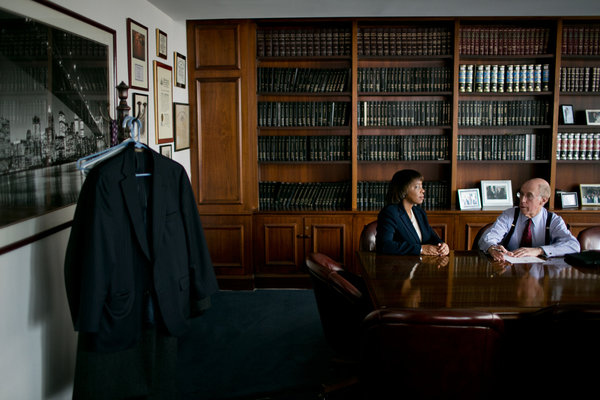 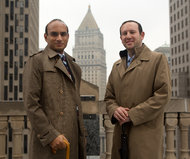 Afsaan Saleem, left, and Gabriel Harvis are plaintiff’s lawyers whose firm was involved in three recent trials against the city.

Readers shared their thoughts on this article.

The city said it was too early to judge whether the strategy, which began in July 2011, had discouraged lawyers from reflexively suing the city, but it believes the policy has had some effect: after five years where the number of federal civil-rights suits against the city had increased, the number declined slightly in the most recent fiscal year.

The city also noted that the number of such suits that are dismissed or withdrawn before trial rose by about 75 percent in the first year after the policy went into effect.

Those cases had been typically viewed as not being worth the time or expense to fight in court. But city officials said they had concluded that while settling small-scale federal lawsuits might have been expedient, it did nothing to discourage lawyers from bringing marginal lawsuits.

“You’re sort of feeding the monster, if you will,” said Michael A. Cardozo, the city’s corporation counsel and top lawyer. “So we started saying to ourselves, ‘Let’s be more aggressive here.’ ”

The city’s Law Department directed its staff to identify civil-rights lawsuits that it believed were based on weak evidentiary or legal grounds, city lawyers said. Those cases were designated “no-pay” cases.

The city would seek to have such cases — which typically accuse the city of rights violations like false arrest, malicious prosecution or use of excessive force — withdrawn or dismissed, and where that failed, it would forgo settlement talks and push them to trial.

Since then, the city says it has taken 20 no-pay cases to trial, winning 16 and losing 3. (One resulted in a mistrial, which the city won when it was retried.)

“There’s a saying that I will paraphrase: The definition of insanity is doing the same thing and expecting a different result,” Muriel Goode-Trufant, a senior city lawyer, said. “In order to get a different result, we needed to try something different.”

About 60 cases are currently pending trial; the city has declined to settle 52 of those cases, Ms. Goode-Trufant said recently.

She said the city had also begun pushing more cases to trial in which the plaintiff had rejected the city’s last settlement offer. Over the past year and a half, she added, the city has won two-thirds of about 30 such trials that have been held.

“They’re boasting about it, both to us and the court,” said Gabriel P. Harvis, a plaintiff’s lawyer whose firm was involved in three of the recent trials. (The firm lost one, had a mistrial and, in a third, won $600 in damages and collected $78,000 in legal fees.)

In the past, Mr. Harvis added, “I think it was a foregone conclusion that there would be a settlement of virtually every case.”

Another plaintiff’s lawyer, Gerald M. Cohen, whose firm has been involved in four such trials, said the city’s new approach had made him more selective about which lawsuits he brought.

“I’ll be honest: we kind of got fat and lazy,” Mr. Cohen said. “We were settling all of these cases. But this actually forces us to do more, and creates the potential to be more successful for our clients and for ourselves.”

Mr. Cohen’s firm lost two trials but also beat the city twice, including winning a $190,000 verdict in a false-arrest suit in which the judge also awarded $208,000 in legal fees.

The city, which has appealed the verdict, said that case was an example of a lawsuit it pushed to trial after the plaintiff, Joshua Marshall, rejected its last offer. (One of Mr. Marshall’s lawyers, Jon L. Norinsberg, said that offer was for $10,000.)

“We would have settled that case for $30,000,” said Mr. Norinsberg, a former city lawyer, who criticized the city’s strategy as “terribly misguided.”